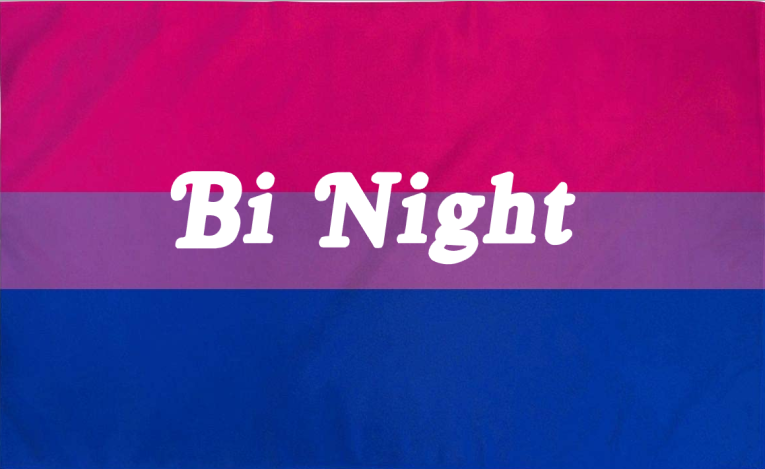 An event every month that begins at 9:00 pm on day First of the month, repeating until January 12 2023 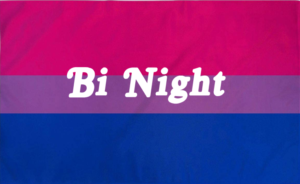 Thursday we celebrate bisexual humans!
**Now with more Emo soundtrack – by request!**
We hear it constantly: Being bi can be hard. How do you make the approach? Are they just being friendly? How might it affect my other partners? How will I be judged?
This night is for bi men, bi women, and non-binary people who have bucked the system and made all the punny titles hard.
Dance, chill, be comfortable.
As always, there are no expectations of play and consent is mandatory.
Door cash: $10 before 10, $20 after
CC: $12/$22
As owners of Sanctuary, we have the opportunity to talk to many different people with many different lifestyles. So, why “Bi-Night” when every night is kind of already “Bi-Night”? Well, easily the most disrespected group in our circles are bi-sexuals; bi-men in particular, though rarely intentionally. We admire the brave marching their own path. So: Bi-Night!
This is for bi-men, bi-women, non-binary and trans people that like more than one sex! And their allies!
I suspected bi-men’s biggest nemesis would be DudeBros, but — almost universally — the main complaint I heard was judgment from women and gay men. I witnessed that simply admitting an INTEREST led to numerous emotional public outbursts from partners. One bi-man told me that he has no trouble meeting women but they scatter when he informs them he is bi, assuming he is gay. Another man told me that gay men assume he is just closeted; another that gay men have told him he is “untrustworthy” and not worthy of a relationship. “I am comfortable who I am,” said another Sanctuary bi-man. “I like (men & women).”
It’s not like bi-women have it easier. Many complain that supposedly “bisexual” women they meet are merely performative. One said it’s like women are expected to act bi in front of their men, but that’s where the interest ends. She said she was not interested in just being a unicorn for couples. She sought a greater relationship with women but felt that her desires were minimized or even ostracized by her “straight” friends.
(Yes, this could be “Pan Night” but the above stories were relayed by people who specifically identified as bisexual)
Sanctuary is 21+, LGBTQ+, ADA, anti-racism, and celebrates diversity. Enter on Ninth